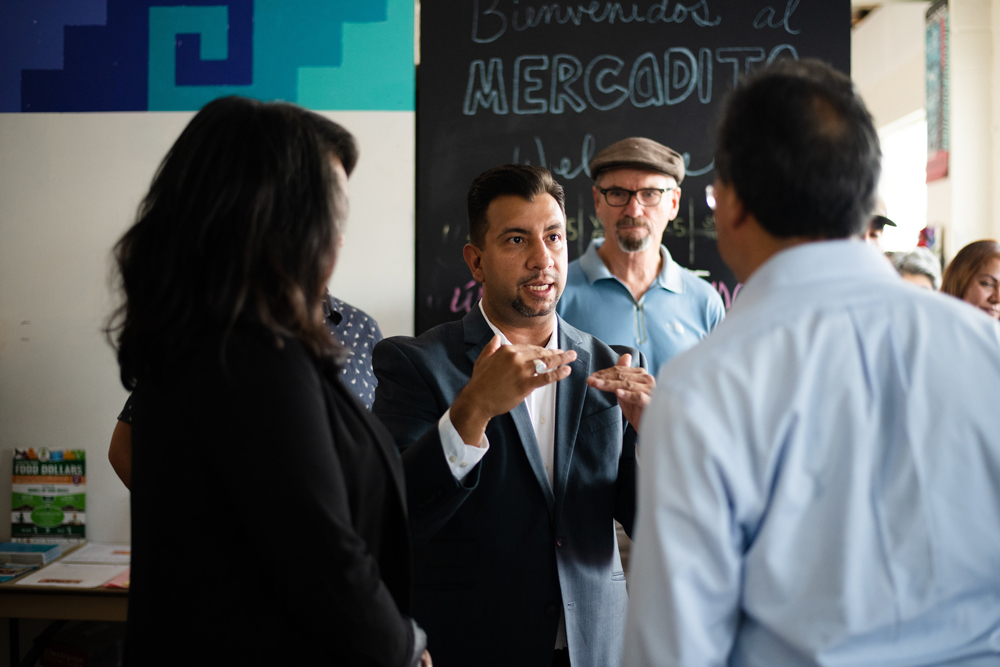 A native of Denver, Paul D. López is a proud graduate of West High School and credits growing up in the Westside and the Denver Public Schools for shaping him into a fighter for the underdog.

Paul worked multiple jobs to put himself through the University of Colorado at Denver, where he helped to improve recruitment, retention and graduation of low-income students. After graduating, he focused his work as a community organizer to protect affordable housing and increase access to public health care. As a labor organizer for six years, he fought against employers who violated workers’ rights by organizing thousands of Denver-area janitors in accessing better wages and employment conditions.

He led numerous voter registration efforts throughout Denver to increase voter participation in areas with low turnout – realizing his home precincts were among the lowest and often overlooked.

In 2007, at the age of 28, Paul was elected to the Denver City Council where he became the youngest to ever take the oath of office. He was re-elected for his second and third terms unopposed. Now, in his final year of office, Paul is the senior-ranking member of Denver City Council, and is Emeritus President Pro-Tem.

Paul combatted poverty with the creation of affordable housing, and championed policies that create local business and job opportunities.  He strengthened public safety by organizing community meetings and championing policies that built trust between community and law enforcement.

For six years, Paul served on the Board of Directors for the National Association of Latino Elected and Appointed Officials focused on building civic participation—from citizenship to public service.  His work at NALEO prepared him to lead the Denver 2010 Census Complete Count Committee and chair the Council’s redistricting committee.

During his time on Council, Paul was recognized with the “Wellington E. Webb Political Award” by the Colorado Black Chamber of Commerce, and the “Vale la Pena Award” from the Boy Scouts of America. He also received an “Honor and Appreciation Award” from the Vietnamese Community of Colorado, NEWSED’s 2010 “Civil Rights Award,” and recognition for “Excellence in Local Support” from the Denver Indian Center. In 2011, he was designated as an emerging leader by President Barack Obama’s White House, and his work has been featured by major media outlets in the US, Europe and Latin America.

If you ask him, his proudest moments almost always happen as he empowers his dedicated staff and community leaders to lead. Most importantly, Paul is a loving father to his 11-year-old daughter, Nayeli, who hopes to one day follow in her father’s political footsteps.